The Evolution of Positive Psychology: Beyond being just a beautiful idea

The Evolution of Positive Psychology: Beyond being just a beautiful idea

I’ve been involved with the field of Positive Psychology (PP) since its inception. I’ve grown up with it – professionally speaking. In 1998 I was completing my psychology honours year when PP was launched by Professor Martin Seligman. I then moved into the field of Clinical Psychology which was, and still is to a large degree, largely focused on the treatment of clinical disorders such as depression and anxiety. However, I was always interested in not just how we treat such disorders but how we prevent them. I also wanted people to feel uplifted and joyful not just rate as “normal” on the DASS (depression, anxiety and stress scale).

During the next decade of my career (2000-2010), I completed a doctorate in Clinical Psychology. Whilst my peers were studying topics such as schizophrenia and “unhappy couples”, I conducted a world first study on the use of evidence-based coaching as a mental health prevention intervention, drawing heavily on the complementary science of Coaching Psychology. In that study (Green, Oades & Grant, 2006), which was the first Australian publication in the Journal of Positive Psychology, I was able to show that not only did EB coaching lead to decreases in depression, anxiety and stress but it was also able to significantly increase levels of subjective wellbeing (aka happiness) and psychological wellbeing (a much broader conception of wellbeing).  It was the first study to show that EB coaching is in fact a positive psychology intervention (PPI).

I also spent ten years teaching the science of “Applied Positive Psychology” in the Coaching Psychology Unit at the University of Sydney (2004-2013). I’ve had the privilege of watching the field grow up – it’s now 23 years old and in early adulthood or perhaps extended adolescence as we’ve come to understand. Over these 20 years, since I began my career as a psychologist, I believe I’ve heard every criticism that could be made of Positive Psychology. Many of which include – it’s a happiology, it’s self-help and not scientific, it’s positive thinking, it’s fluff, it won’t cut it with the corporates and more!  In the early days, I felt I had to push back, fight the good fight for what I felt was a much-needed field and focus within Psychology. Now I’ve come to realise that these criticisms and critiques were healthy in the main. That is, they’ve helped the field evolve, as good science does.

I do want to though clarify what PP is. It is formally defined as the “science of optimal human functioning” (Gable & Haidt, 2005). The term PP is an umbrella term. It encompasses a wide range of psychological constructs such as wellbeing, meaning and purpose, gratitude, forgiveness, post-traumatic growth and also has strong connections to the field of mindfulness and ACT (acceptance and commitment therapy). So to dismiss PP in one fell swoop is not only misinformed but inaccurate. Of course, there are constructs (topics) that have a significant and growing research base such as wellbeing and others with less and much needed research such as post-traumatic growth.

Much to my delight, in the last few years, we’ve seen an evolution of PP with the emergence of Second Wave PP (Lomas & Itzvan, 2015) and Third Wave PP (Lomas et al, 2020). These publications have mainly been in response to the criticisms of PP. Second Wave PP draws our attention to the dialectical nature of wellbeing – simply speaking it’s not about the sole cultivation of happiness but it’s about the full range of human emotions. Third Wave PP extends the focus of PP from the individual to the group level and the need for it to be contextual and considering more deeply the systems in which people are embedded. For those that might still have their reservations of the field, I would highly recommend that you read these two key papers.

Whilst I’m clearly a proponent of the field, I’m not suggesting PP is a panacea or doesn’t require further evolution, but it’s certainly far from what might be called a “beautiful idea”. I do agree that the simplistic utilisation of PPIs can be harmful particularly in the hands of well-meaning yet unqualified practitioners. What I am saying is that over the past 20 years we have learned a lot about the types of volitional activities that can enhance our wellbeing and improve our mental health. Activities such as gratitude, forgiveness, kindness and compassion for example. Although as Second Wave PP highlights even a ‘positive can be negative’ – take optimism for example which may be detrimental to our wellbeing under certain circumstances. We need a nuanced and dialectical approach to the science. As Lomas & Itzvan conclude, “flourishing depends on the delicate dialectic interaction of light and dark aspects of life”.

I like to draw parallel to the evolution of physical health promotion. It took many years and a lot of advertising, before people realised they had to be proactive to prevent a heart attack – we all know now we have to eat well and exercise regularly – no one questions that – and thanks to research we also know there are many options and pathways to physical health – it’s not a one size fit all diet or exercise regime. Similarly with PP, the research now strongly supports our need to be proactive when it comes to our mental health, we need to engage in thinking well, doing well and being well – and of course there are plenty of pathways to these goals too – which the science of PP provides through its ongoing research.

In my next few blogs, I’m going to explore this topic further and provide a rationale as to why you, your family, your workplace and community could greatly benefit from learning more about the science of Positive Psychology. I’m going to explain why I believe PP is more than just a beautiful idea but a powerful science that has the potential to reduce mental illness, enhance psychological wellbeing and help people develop as better human beings.

And whilst there’s been an increase in knowledge of and interest in the field, I still meet many people who have never heard of it – despite it being taught at major universities across the globe including Melbourne University , Yale and UPenn. There’s also growing interest in the workplace where research also supports it’s application. 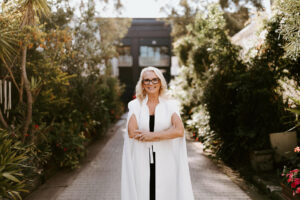 Found out more about POTENTIAL+ here.