The Science and Practice of Positive Psychology for Educators

The Science and Practice of Positive Psychology for Educators

The Emergence of Positive Education

I’m fortunate to have been involved in, and been witness to, the emergence of Positive Education in Australia. My first engagement with schools began in 2005 when I conducted a randomised controlled trial on evidence-based coaching for senior high school students (Green, Grant & Rynsaardt, 2006) which was followed by another RCT on evidence-based coaching for teachers (Grant, Green & Rynsaardt, 2010). In 2009 and 2011 I was the Director of two “Positive Psychology in Education” symposiums hosted by the Coaching Psychology Unit, University of Sydney and in 2013 I was the Co-Director of the First Australian Positive Education Conference hosted by Knox Grammar School. Last year I was the Co-Director of the Inaugural Positive Education Conference in Perth hosted by Perth College and will do the same again this year on Friday October 7th – stay posted! I’ve also been fortunate to work on large-scale, whole-school, strategic Positive Education programs with schools such as Knox Grammar, Loreto Kirribilli and Perth College and many, many smaller to medium scale engagements with private and public schools like Tully State High, Newtown High School of the Performing Arts, Northern Beaches Secondary College, Fahan School, John Wollaston Anglican College, Georgiana Molloy Anglican College, Sapphire Coast Anglican School and Loreto Ballarat to name a few. Our BHAG here at Pi though has always been that Positive Education continues to grow and spread to all schools in Australia and the world! With the support of the PI-School Team and ACER (read on!) this dream is quickly becoming a reality!

Despite there being greater awareness of the field of Positive Psychology in education and the general population since its beginnings in the late 1990’s, there still exists misperceptions and myths about what it is or isn’t and how it can be best applied. This is also relevant when it comes to Positive Education, particularly as a whole school approach rather than a piecemeal approach. I still meet many people who say “we don’t do Positive Education at our school” or “we’re not going down the path of Positive Education”. That actually interests me as it confirms for me that many people still don’t fully understand what the term means or what it involves. Like the term “Positive Psychology”, it is an umbrella term, which means there are various topics and approaches and there is not a one-size-fits-all approach to it. In fact, most schools are already doing aspects of Positive Education in various formats because they care about student and staff well-being and achievement. I actually believe this is also Positive Education’s greatest strength as each school will apply it in their own bespoke manner and it becomes part of the school culture rather than a “program” that sits on a shelf!

Positive Psychology has been formally defined as the “scientific study of the conditions and processes that lead to optimal human functioning” (Gable & Haidt, 2005). In a nutshell, that means that it looks to study what it means to truly flourish – a term that’s used extensively in the field. Topics such as strengths, mindfulness, gratitude, kindness, forgiveness are just a few of the topics that fall under the Positive Psychology umbrella. After 15 years of research we now have significant amounts of scientific evidence to support the uptake of Positive Psychology research at the individual, team and organisational levels for not only enhanced well-being but reduced psychological distress and improved organisational effectiveness.

Learn it, Live it, Teach it, Embed it

There’s often a lot of energy and enthusiasm when a school commits to a Positive Psychology/Positive Education approach and often a rush to apply it in the classroom for the benefit of students. Our approach at The Positivity Institute has always been to “hasten slowly” in regard to application to students, until the staff has made sense and meaning of the science for themselves. So much has been written over the years, in the scientific and popular press recognising the enormous stress experienced by teachers in their roles, yet historically, an explicit focus on teacher well-being has not been a priority for schools. As such the “Learn it, Live it, Teach it, Embed it” is our approach where staff are encouraged to enhance their own wellbeing first through applying their learnings to their own professional and personal lives. Having run professional development workshops on Positive Psychology for educators for many years now, I’ve seen people’s lives transformed by what they’ve learned and applied. For others, it’s a much slower consideration and journey dependent on their own life history and current circumstances. Many workshop participants take their knowledge home to their families and friends, reporting powerful positive outcomes in their relationships, which are often referred to as the “trump card of well-being”. 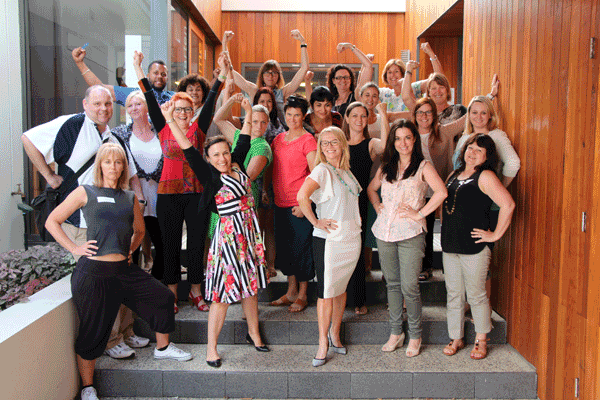 Power-posing with the Perth College Positive Education Team of Champions

The PI Partnership with ACER

My BHAG (big, hairy, audacious goal) is that every school implements the science of Positive Psychology to significantly impact the wellbeing and mental health of communities. As such, I’m so delighted to announce our partnership with the Australian Council for Educational Research to bring our one-day workshop on “The Science and Practice of Positive Psychology for Educators” to educators across Australia.

We will offer 6 workshops in 2016 in Sydney, Melbourne, Brisbane, Adelaide and Perth and I’ll have my Senior Associate, Claudia Owad co-facilitating the workshops with me. Claudia has extensive experience in positive education, evidence based coaching and worked as a school counsellor for many years. The one-day workshop is definitely an opportunity to put your big toe in the pond of Positive Psychology and Positive Education and hopefully experience the “ripple effect” that is now being scientifically measured when the positivity contagion effect occurs in schools, organisations and communities. 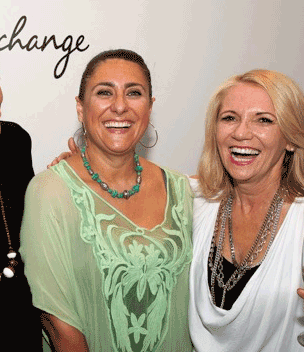 We hope to see you soon!
 
REGISTER NOW AND DON’T MISS OUT!